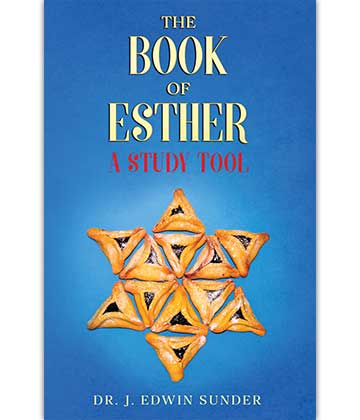 The Book of Esther: A Study Tool

The Book of Esther: A Study Tool is designed to guide you through an in-depth study of the book of Esther, which is one of the shortest books in the Old Testament and one of only two books in the Bible named after a woman. Biblical truths are explained for every verse so that you can applt these truths to your daily life. For each chapter, practical application points are given, and at the end of the chapter, you can write personal notes and prayers in the space given.
Did you know that God's name is not mentioned once in the book of Esther? Because of this, the early church reluctantly accepted Esther as part of the inspired canon. Although God's name is not found in this book, you will find no other book in all the Bible where God is more evident and working behind the scenes that in-Esther. God's hand can be clearly seend moving in the lives of the Jews and among non0belivers in this story, and we can see how God uses pagan people and practices to accomplish godly goals.
With this study tool, you will be introduced to a captivating story with a diverse cast of characters, including King Ahasuerus, the ruler of the Persian empure; his defamed Queen Vashti; his new queen, Esther; Mordecai, Esther's cousin who raised her as his daughter; and the villain of this story-Haman, the right-hand man of the king. As this story unravels, you will learn about the reasons why the Jews were in Persia during this time in history, the events that led of Esther becoming a queen, the evil plot Haman devised to annihilate all the Jews in the Persian kingdon, and the brave actions Esther took to save her people.
Buy this book to study Esther on your own or to lead a Bible studly group. Get enlightenment by the Sprit of God to come closer to Him!